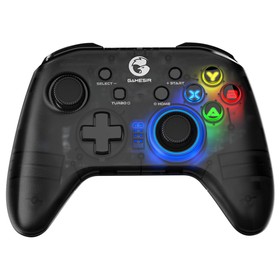 GameSir T4 pro has now been equipped with a six-axis gyroscope. While supporting somatosensory operation, it can also more sensitively capture the player's movements and reflect it more accurately in the game. For example, in the Switch game-The Legend of Zelda: Breath of the Wild, players can control the character to launch arrows to attack the enemy through somatosensory operations; in Mario Kart 8, more precise operation is equivalent to easier to surpass your opponent.

GameSir T4 pro's chip has been upgraded in all aspects. Unlike the past, which was limited to the PC platform, this chip can now meet the hopes of players using GameSir T4 pro on multiple platforms. It only takes a few simple steps to use this controller on Apple, Android, PC and Switch.

In addition to the performance upgrades that Apple brings on iOS 13, there are more game subscription services, and Apple Arcade is one of them. And GameSir T4 pro will never lag behind the times, players can now use T4 pro to play Apple Arcade games. Not only that, as long as it has MFi certified games, GameSir T4 pro also supports these games.

Create your own personal configuration and conquer other players! GameSir T4 pro still supports users to customize the four buttons on their backs with simple settings.

Colorful Led Backlight, Stunning Look Even In The Dark

Maybe you never imagined whether a rainbow will appear in the night, but when you turn on the GameSir T4 pro, you can see the rainbow that shines through the translucent body. What's more, you can adjust the brightness of the backlight through specific button combinations.

The invention of the Type-C interface has helped people solve the difficult problem of having to insert the USB more than twice. At the same time, it means that through the Type-C interface, users can have faster, more stable data transmission speed and greater charging current.This means that players can have a game controller with faster charging speed and less delay.

GameSir T4 pro's asymmetric motor can provide the most appropriate vibration strength for game feedback, that is, when the player shoots, hits a target, or is hit in the game, its asymmetric design can be based on these different game scenarios to provide players with corresponding feedback in real-time.

Unlike other buttons, GameSir T4 pro's linear shoulder buttons can provide a performance in multiple stages. The linear button is like the throttle of a car. Depending on the strength, the speed of the car will change. In the game, you can accurately control the moving speed, attack speed and attack strength of the game characters.

Whether a game controller can be used satisfactorily depends largely on whether or not its buttons and joystick provide a good using experience. GameSir T4 pro's joystick cap has a non-slip comfortable texture, makes player's fingers are not easy to slide away, helping players to master the battle situation at any time.

To maintain a good wireless gaming experience, you need to have a large-capacity battery and a low-power chip, and GameSir T4 pro has both. The 600mAh lithium battery coupled with ultra-low power consumption allows players to have excellent wireless gaming without recharging frequently. 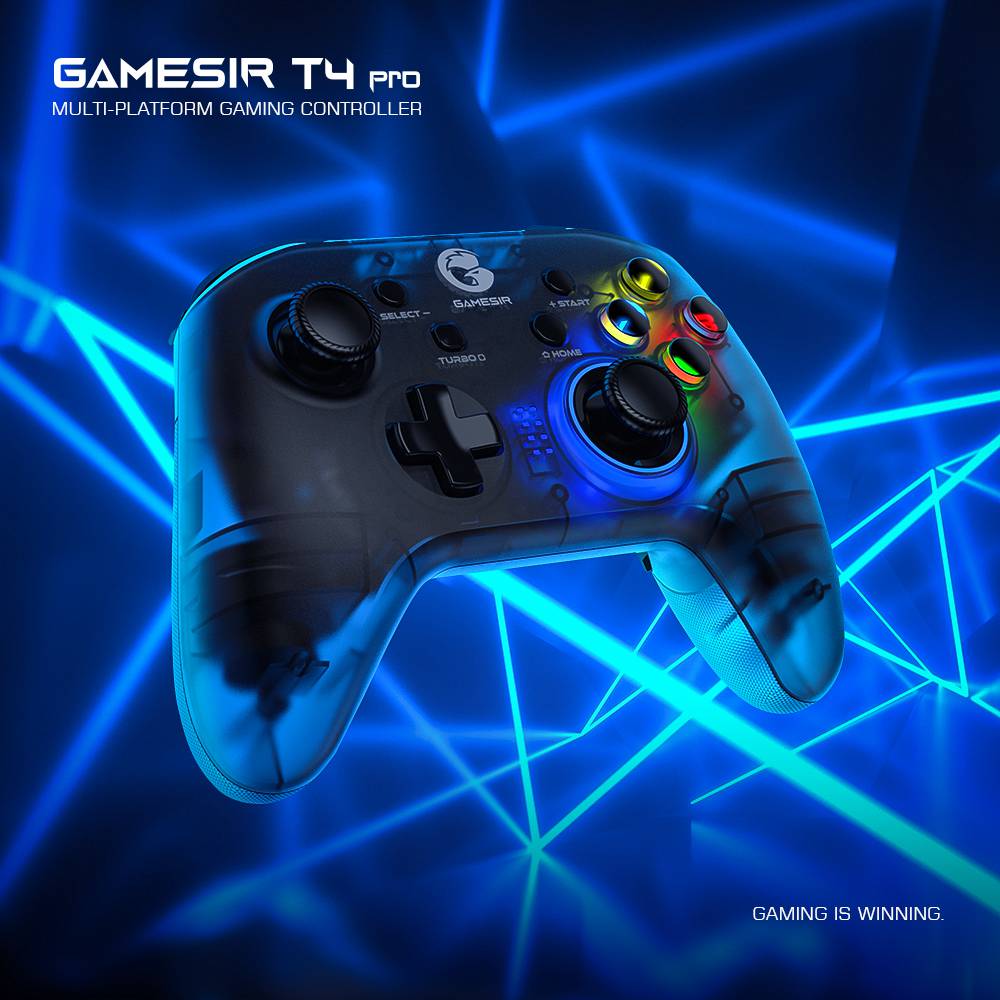 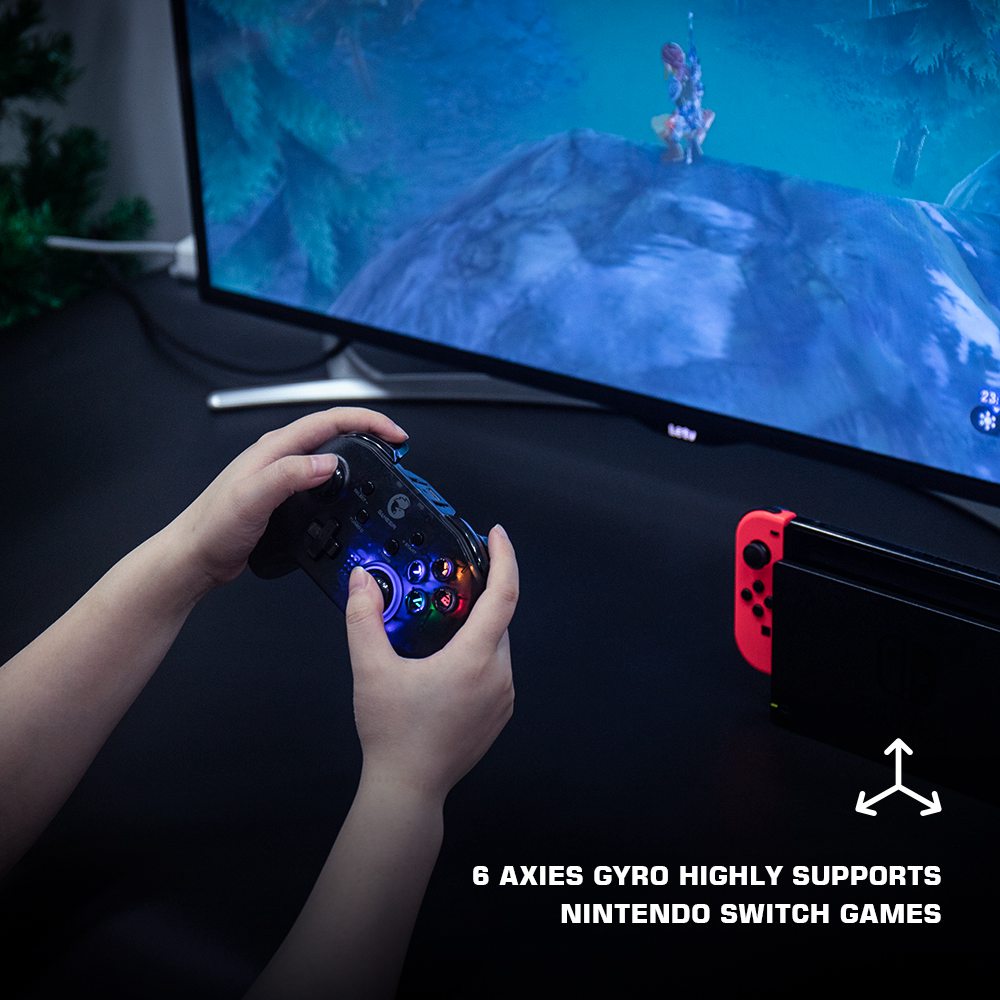 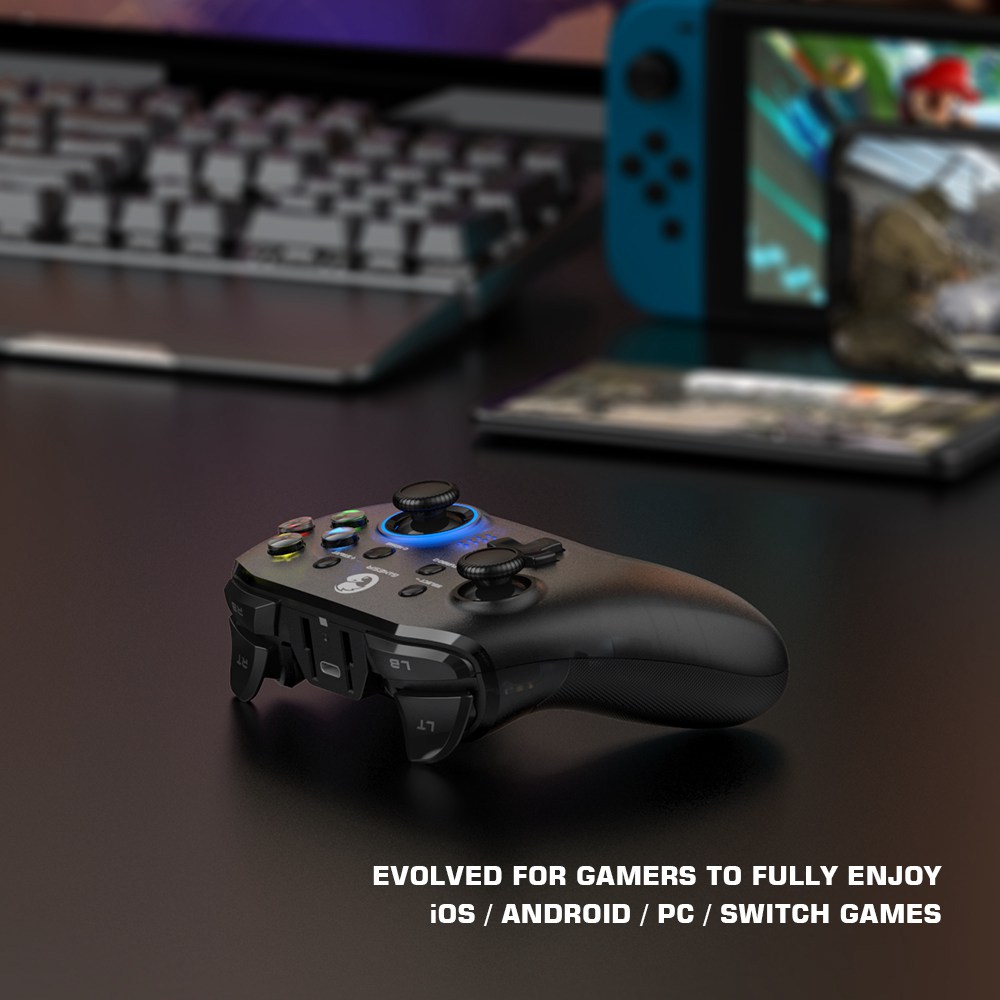 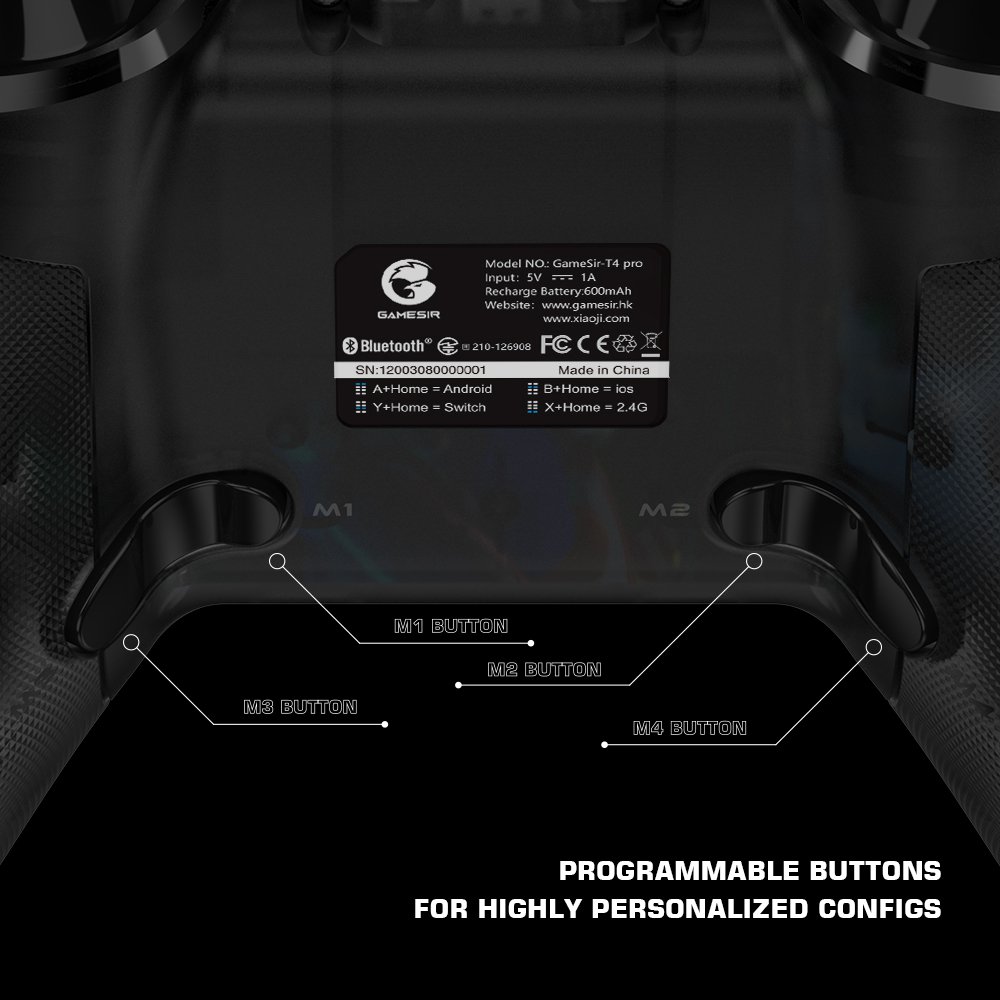 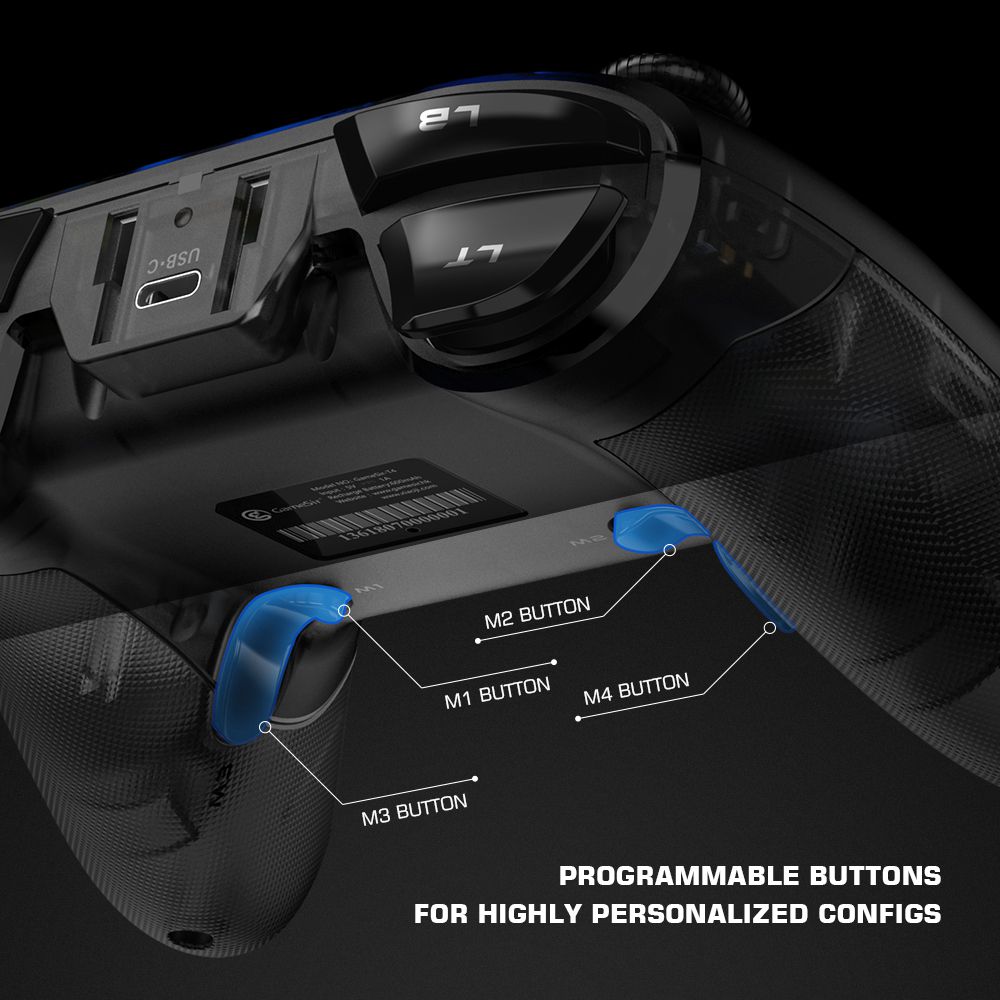 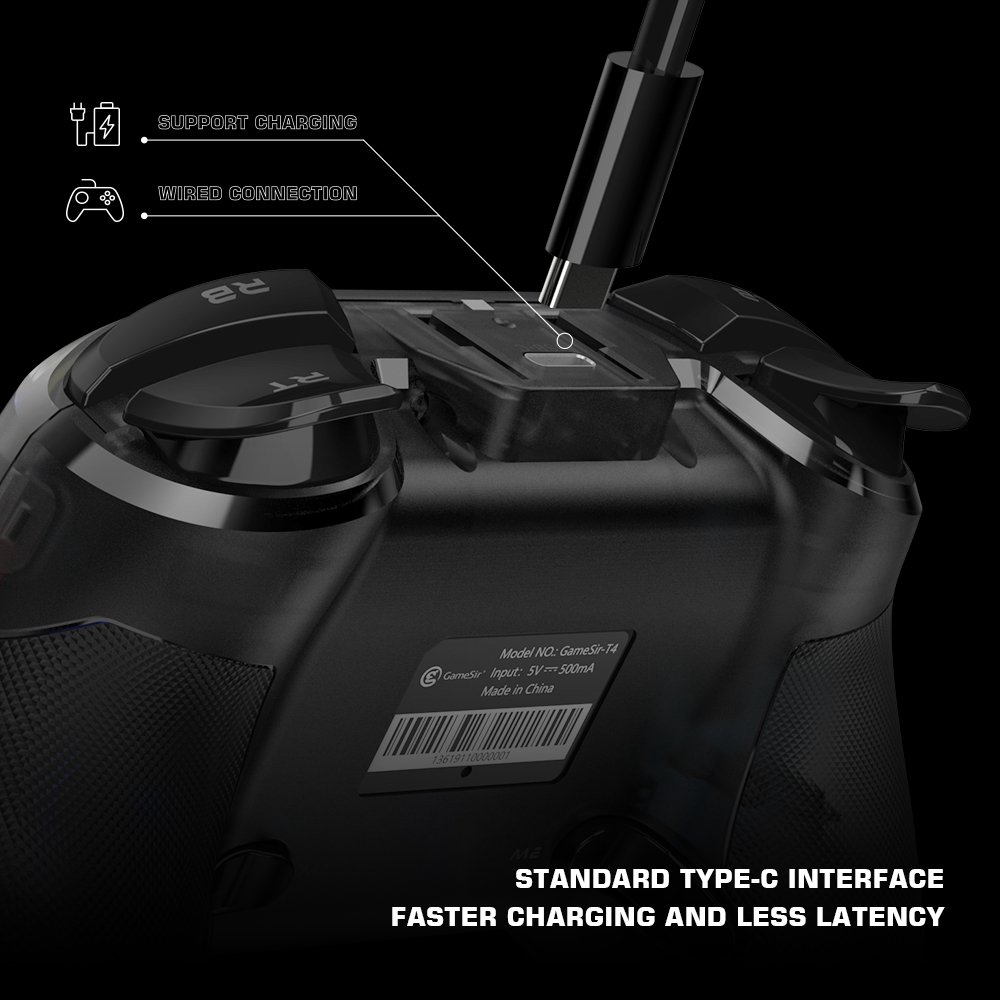 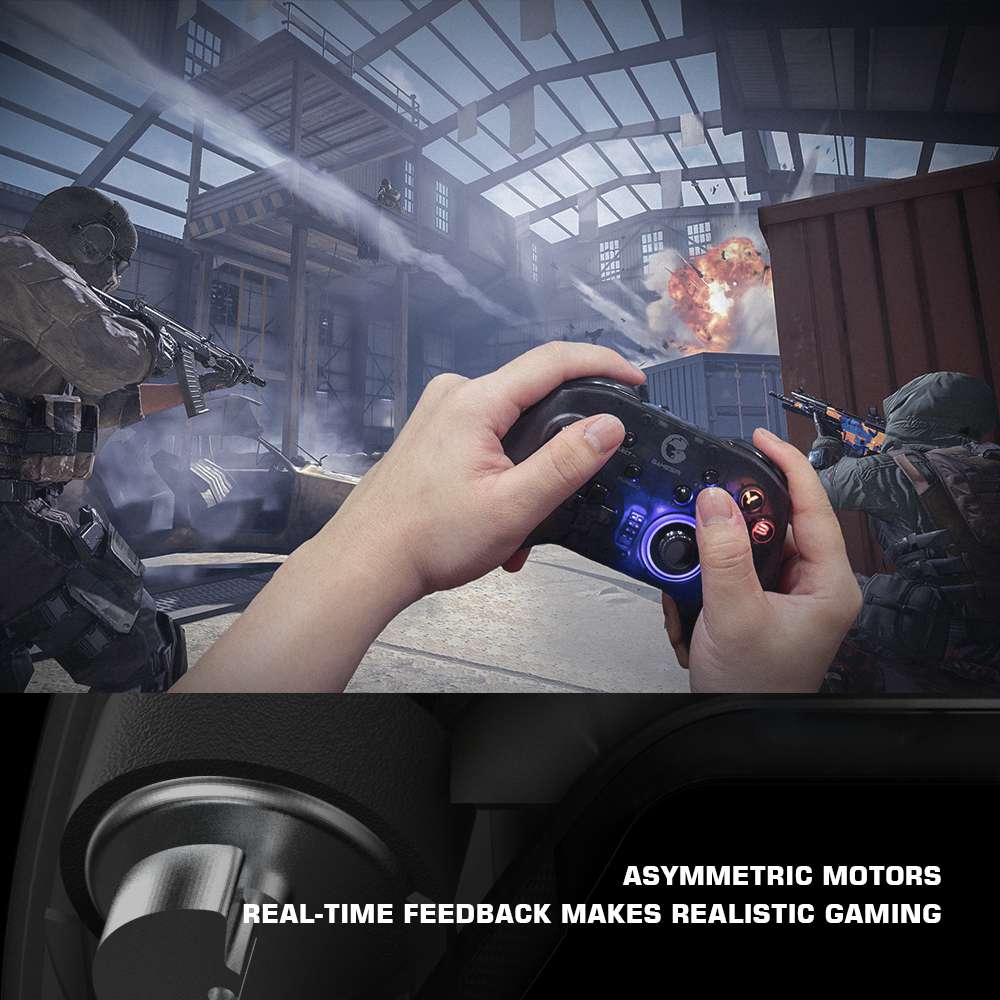 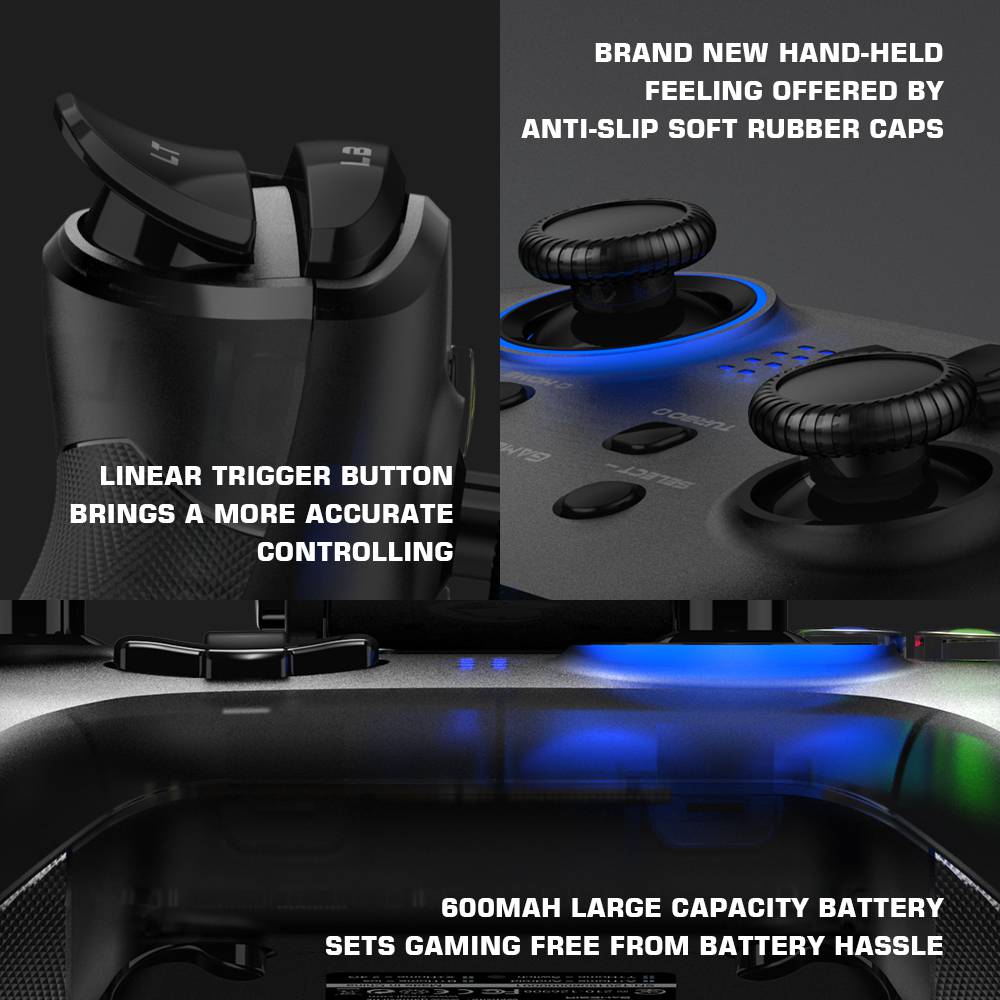